A corset on a dress 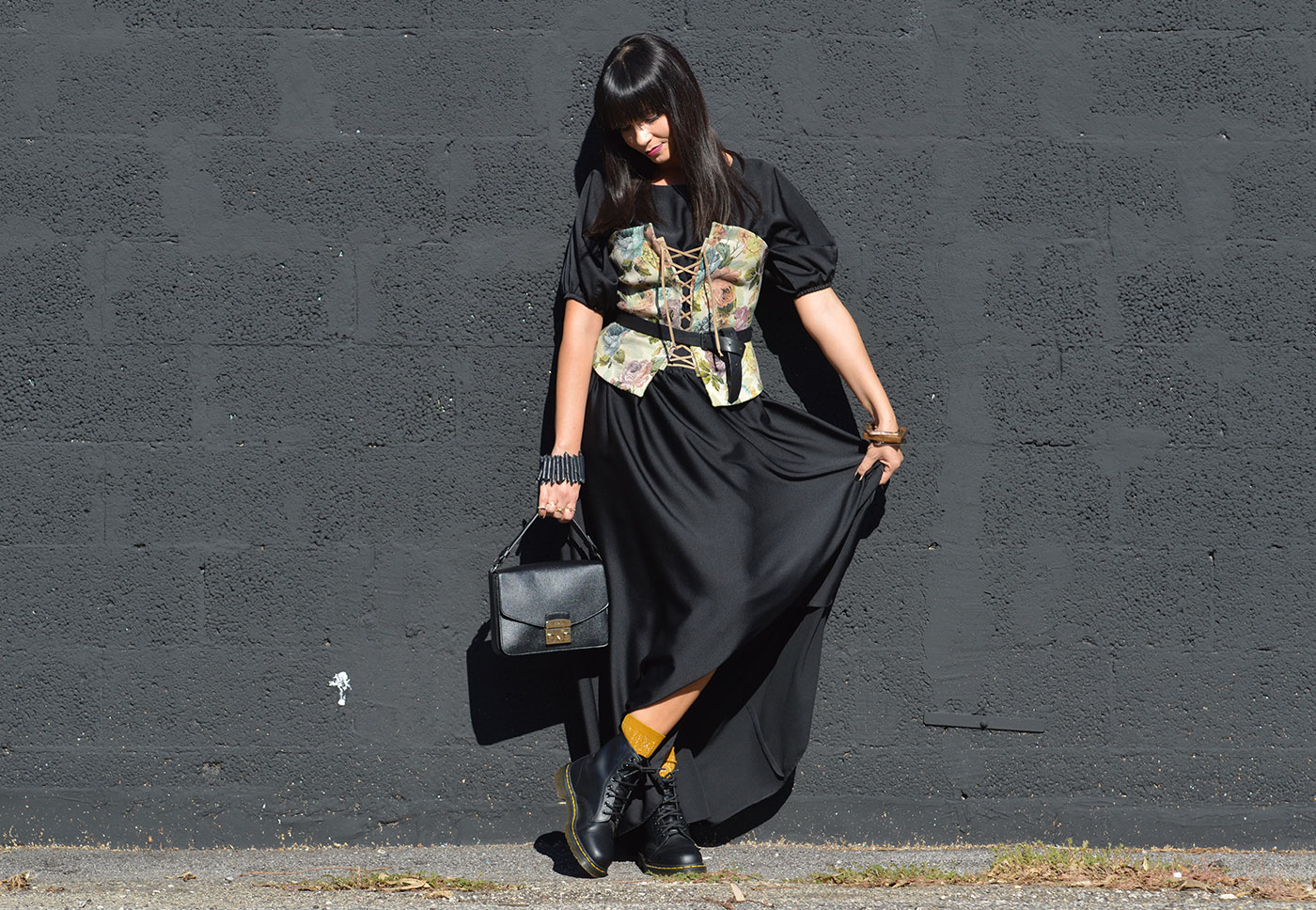 We don’t give a break to some of our clothes, and the same goes for lengths, necklines, sleeves and hems.

One day up, the other down, and then large and then tight, and then flared but not too flared, and of course fringed at the ankles, and so on, endlessly…

Today, we are talking about corsets, but let’s think of them not in the narrower sense of ‘corset’… but more as… belt.

A long time has passed since when bustiers were made of iron and had padlocks on them, as well as the times of Paul Poiret’s and Coco Chanel’s fights to get rid of corsets from our ancestors’ lives. But for the fact we don’t give some garments a break, Christian Dior, after the Second World War, designed his New Look featuring feminine silhouettes and structured shapes, and consequently, a very small waist; so, it was bustier time again, claiming an innate elegance that women of the caliber of Marlene Dietrich, Elizabeth Taylor and Grace Kelly were aware of… Then came Jean Paul Gaultier and his obsession with corsets. How to forget the conical breasts Madonna wore during her ‘Blond Ambition’ tour in 1990?

And finally, here we are: the fast fashion generation, and not only strictly in the fashion field… we vote politicians which we are ashamed of after a while, we feed on fashion but then recreate alternatives, with uncertain results, often.

Thus, we got inspired by Prada’s Autumn 2016 runways, and by their precious bustier belts, worn on raincoats and overcoats as well; we recreated our own personal interpretation: a vintage brocade corset on a very long and very black dress.

Maybe the result is uncertain but we liked it and had fun; it was so cool to go, dressed like this, at lunch to the aunt’s, who doesn’t totally got why the corset wasn’t laced up and why it was on and not below, but there are things you can’t explain, isn’t it? 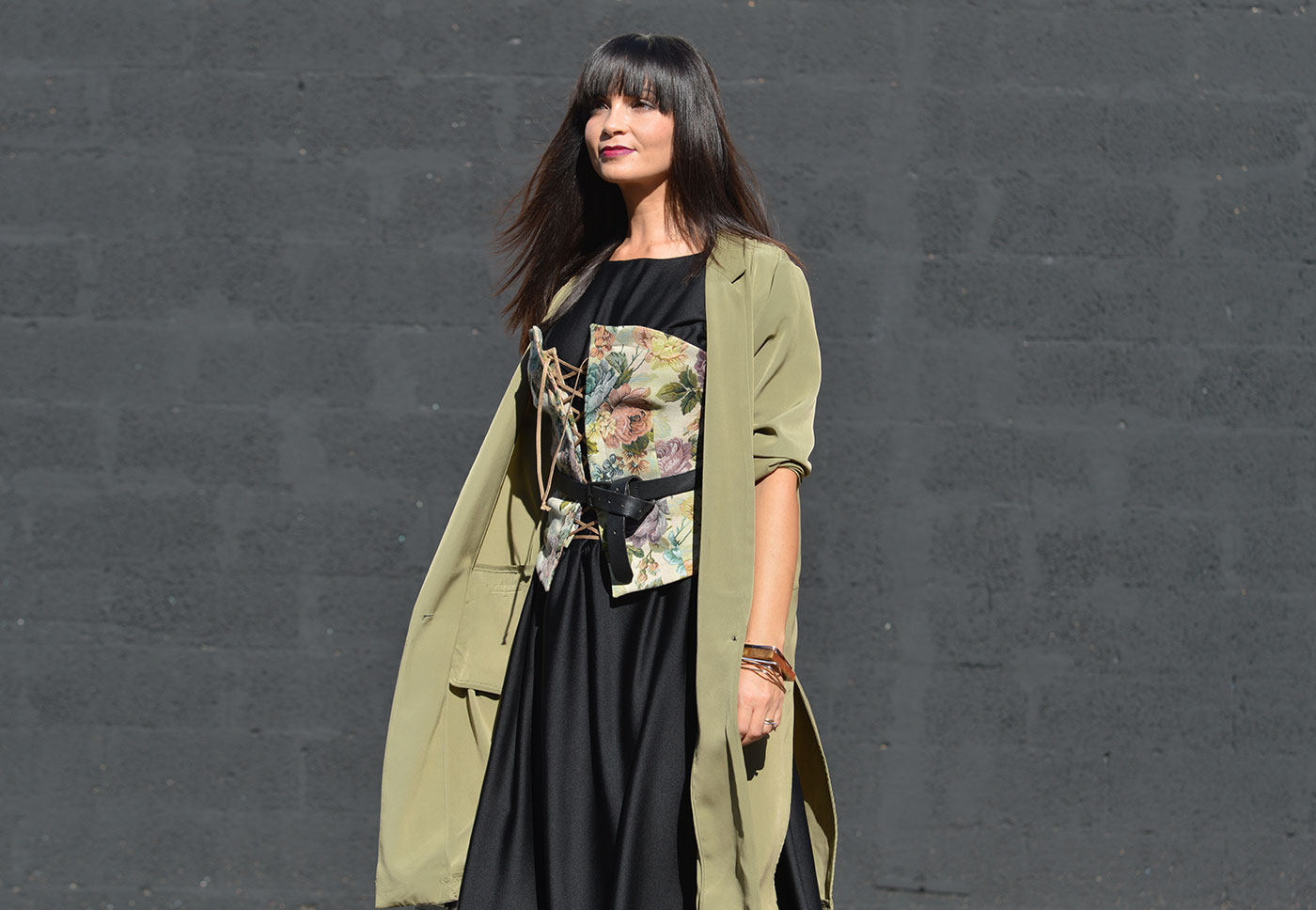 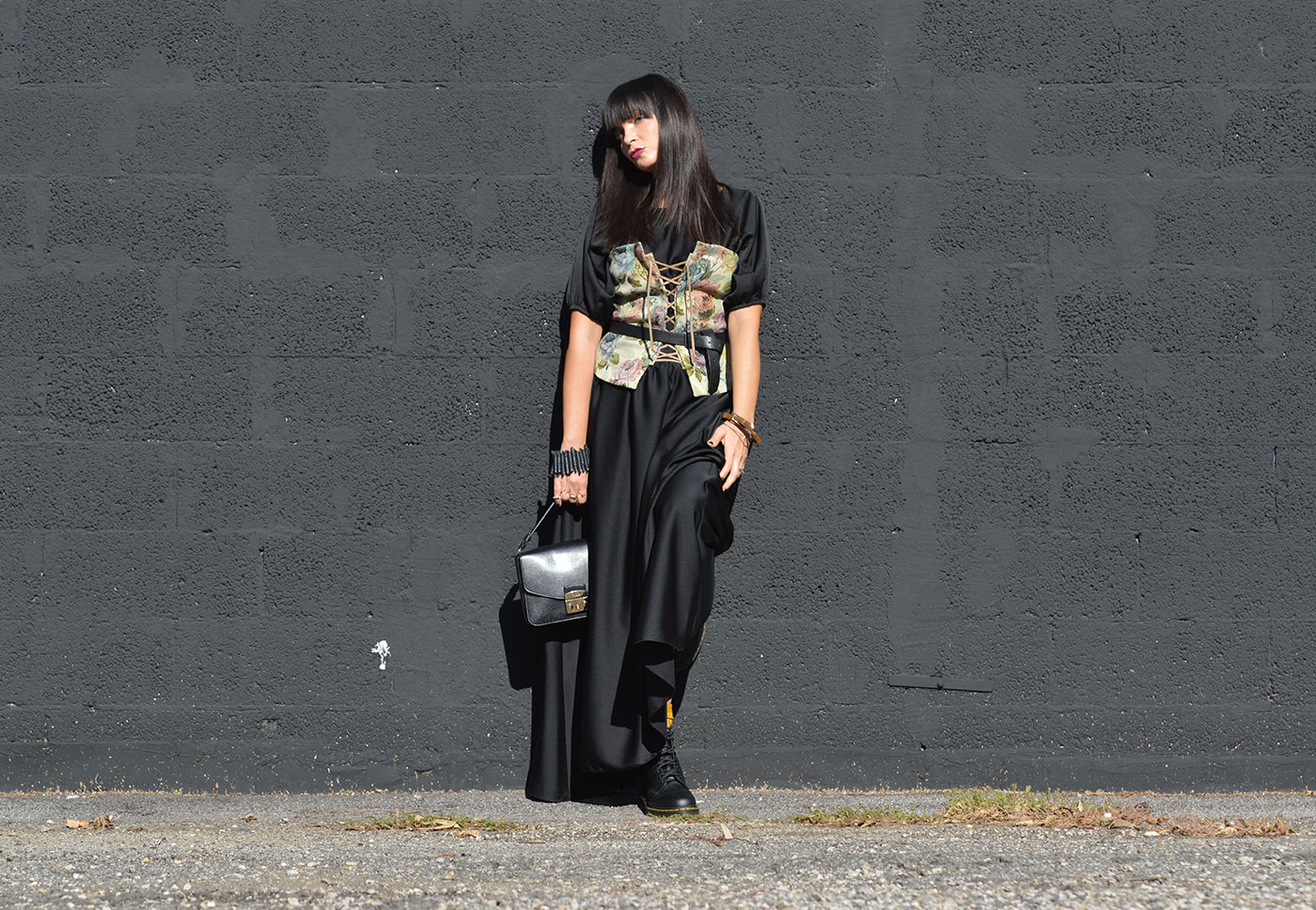 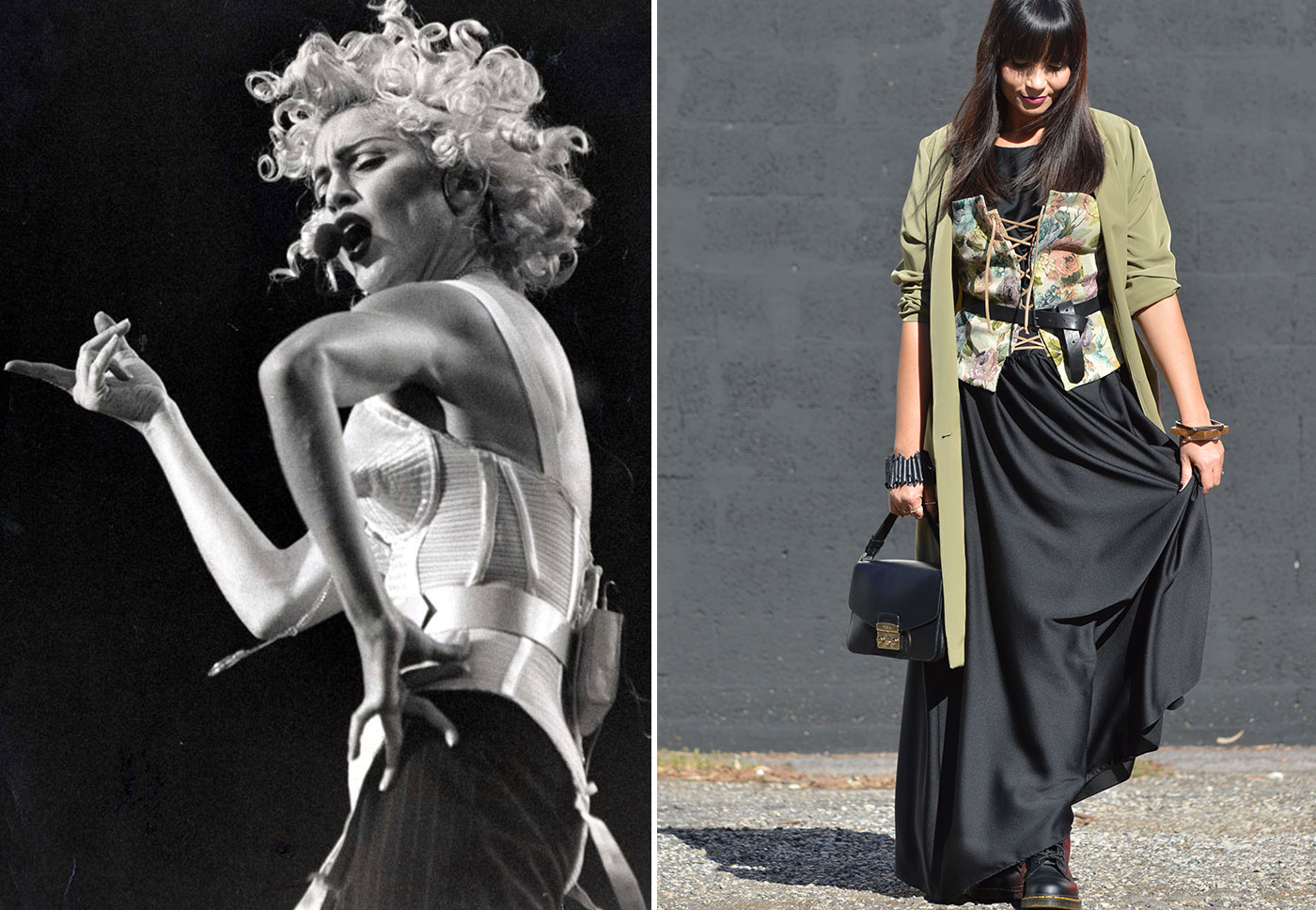 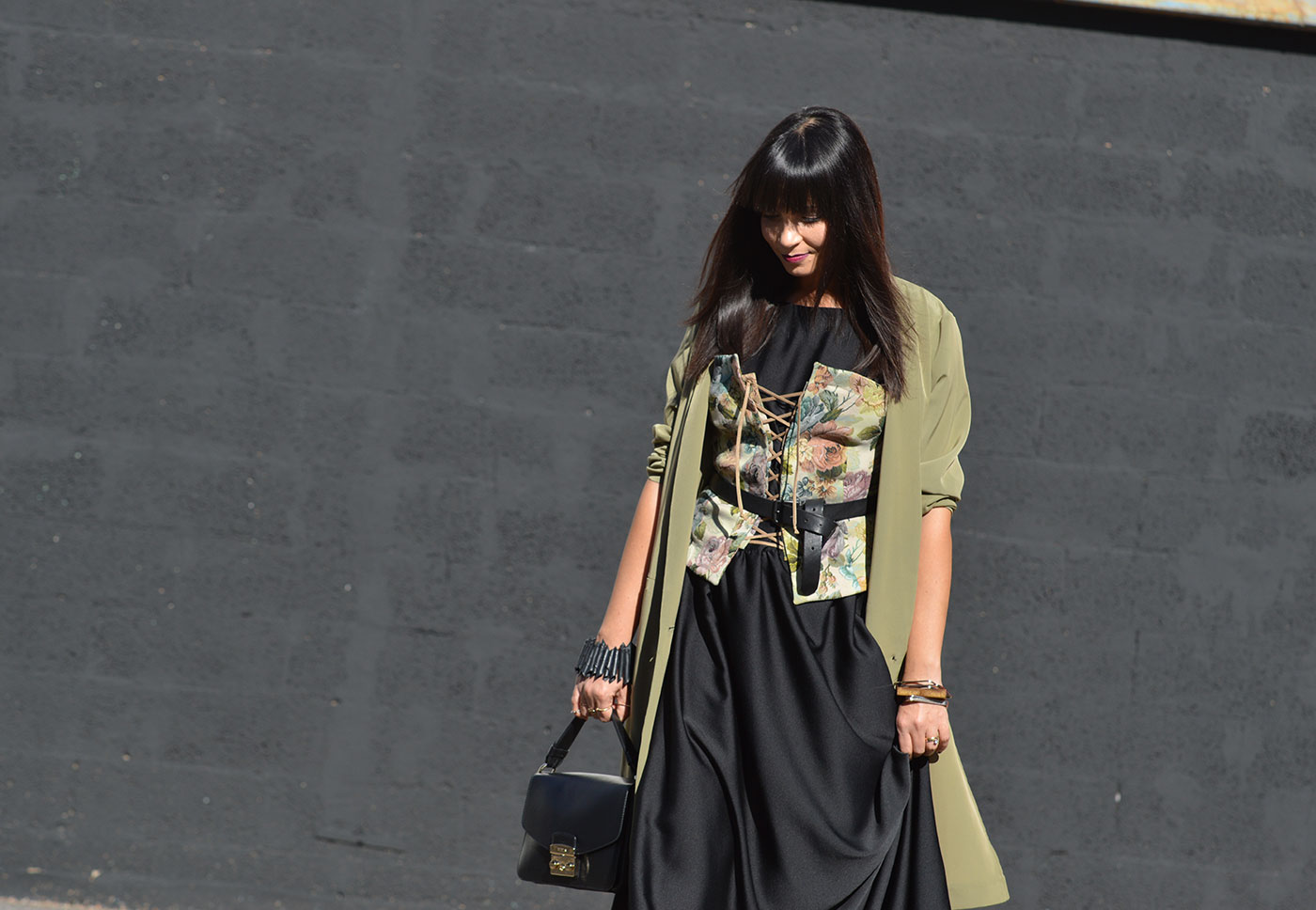 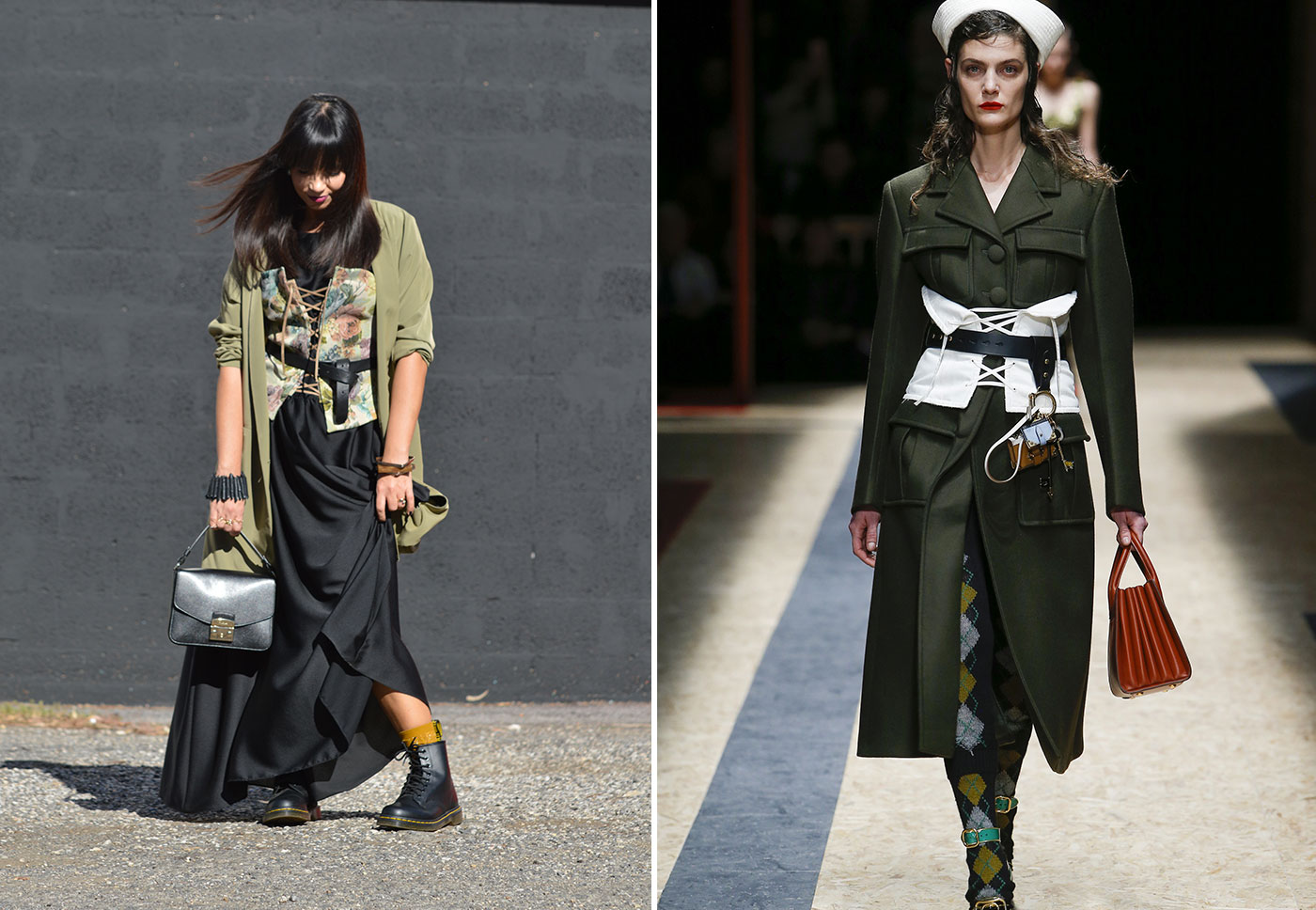 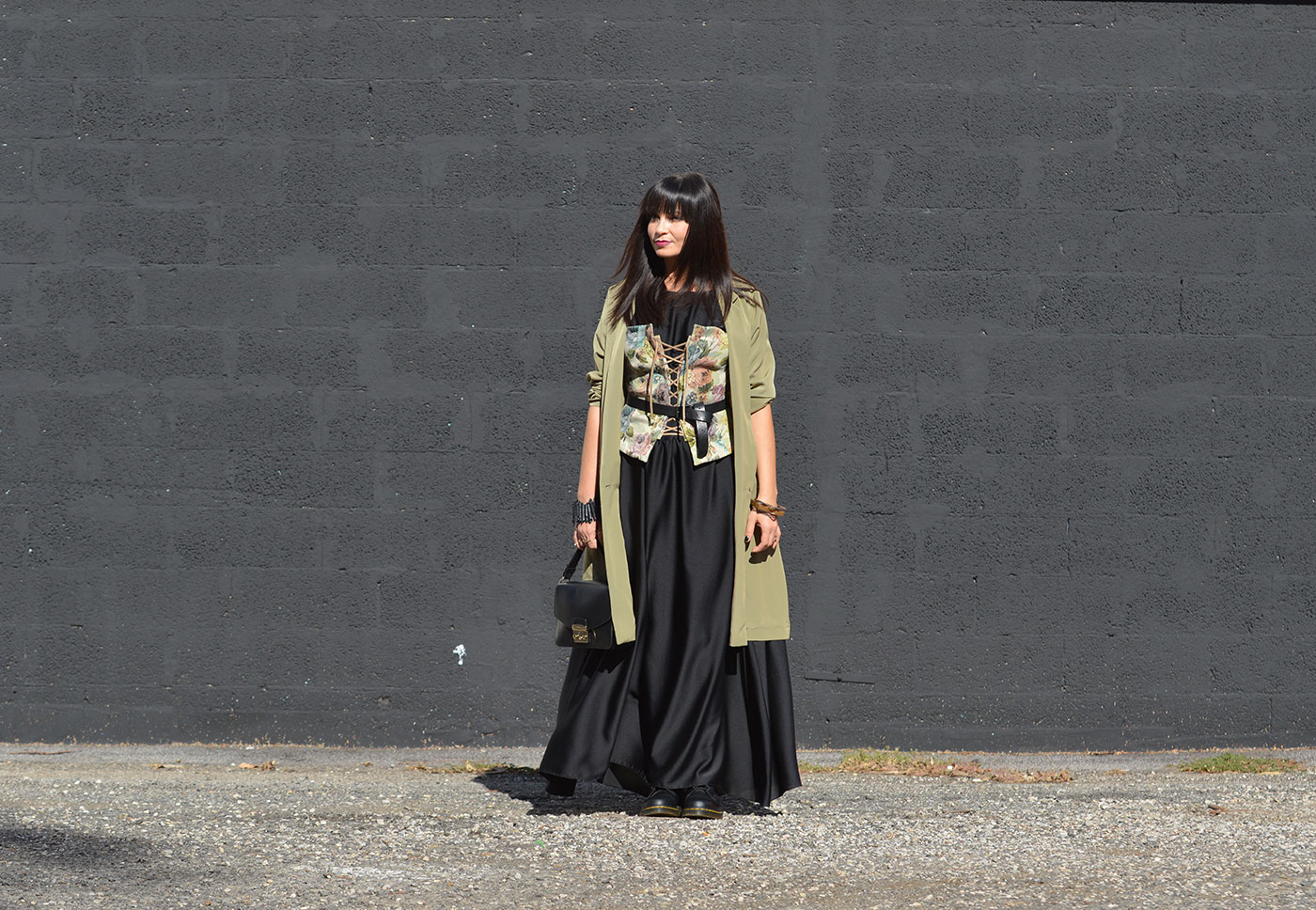 WRITTEN BY: Elisa PHOTO: Sirio Simone
You may also like:
Ready for a new shopping season
Heels for everybody! Run, girls, now you can!
February’s cravings
September inspiration
Leave a comment: